It's not too late to bring our wildlife back

Sadly, since we first met Badger, Ratty and friends in 1908, the UK has become one of the most nature-depleted countries in the world. The Wildlife Trusts have reimagined Wind in the Willows in 2019, shedding light on some of the problems our wildlife faces every day. We've reached a point where our natural world is in critical condition and needs our help to put it into recovery.

It's not too late to bring our wildlife back, but we must act now!

Kenneth Grahame wrote Wind in the Willows just over a hundred years ago. Since then, many of the UK's wild places have been lost.

97% of lowland meadows and the beautiful wildflowers, insects, mammals and birds that they supported have disappeared.

80% of our beautiful purple heathlands have vanished.

Kenneth Grahame's Ratty - the water vole - is the UK's most rapidly declining mammal and has been lost from 94% of places where they were once prevalent and their range is continuing to contract.

Toad is also finding that times are very tough: He has lost nearly 70% of his own kind in the last 30 years alone - and much more than that in the last century.

About the Wilder Future campaign

The Wilder Future campaign is about advocating for political change as well as asking people to take small 'personal' actions where they live to help wildlife. The idea is that these individual actions add up to something much bigger across the country.

Do your bit to protect local wildlife

Wildlife in our area particularly faces challenges from an increase in population and infrastructural development. Get involved and help us create a Wilder Future for Hertfordshire and Middlesex! 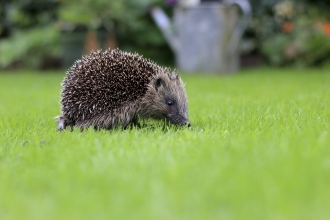 Become a member of Herts and Middlesex Wildlife Trust 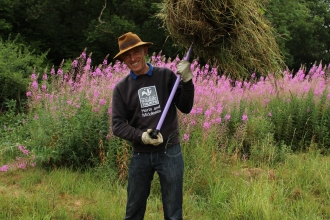 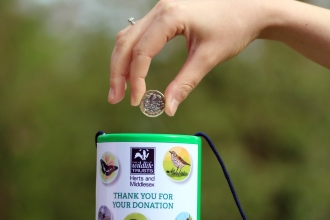 Donate to the Trust

Help create a Wilder Future in Hertfordshire and Middlesex

Learn about the animals that inspired Wind In The Willows

Meet the characters of the new Wind in the Willows film and learn more about the challenges they are facing in the real world.

The black-and-white striped badger is an iconic species in the UK and our biggest land predator. It is a common species, turning up in gardens, as well as inhabiting woodland, farmland and grassland. Badgers live in large family groups in a burrow system known as a 'sett'. An occupied sett can be recognised by the tidy burrow entrances, marked with piles of used bedding (hay and leaves), and by nearby latrine pits where the occupants leave their droppings.

Between March-October you can get close to badgers in the hide at the Trust's Tewin Orchard Nature Reserve. Follow the link below to book your place.

An unmistakable animal, the mole is stocky, with a wedge-shaped body and short tail. It spends almost all of its time underground, digging out tunnels with its spade-like front paws and hunting earthworms to eat. Moles are common and are often found in grassland and woodland edges.

Moles aerate and break up soil which makes the ground better for plants to grow in. This improves soil health and can increase plant diversity!

They also help reduce the number of agricultural pests by eating underground grubs which would feed on the roots of crops. It is possible that the extensive network of tunnels they dig can improve soil drainage in some areas by preventing too much water building up on the surface.

'Ratty' was actually a water vole.  Water voles live along rivers, streams and ditches, around ponds and lakes, and in marshes, reedbeds and areas of wet moorland. Look out for the signs of water voles, such as burrows in the riverbank, often with a nibbled 'lawn' of grass around the entrance.

Water voles like to sit and eat in the same place, so piles of nibbled grass and stems may be found by the water's edge, showing a distinctive 45 degree, angled-cut at the ends. 'Latrines' of rounded, cigar-shaped droppings may also be spotted. Water voles start to breed in spring, having three to four litters a year of up to five young.

Since Wind In The Willows was written, the UK has lost 95% of its water voles. The Trust reintroduced water voles to Thorley Wash Nature Reserve in 2015.

Common toads are amphibians, breeding in ponds during the spring and spending much of the rest of the year feeding in woodland, gardens, hedgerows and tussocky grassland. They are famous for their mass migrations back to their breeding ponds on the first warm, damp evenings of the year, often around St. Valentine's Day.
Common toads tend to breed in larger, deeper ponds than common frogs, but still frequent gardens. They hibernate over winter, often under log piles, stones or even in old flower pots!

Tell us about the places you love

Everyone has their very own ‘Willows’, a place you love to be in, where wildlife grows and thrives - whether it’s your garden, the local park or a nature reserve. Share your own favourite wild place on Twitter, Facebook and Instagram with #MyWillows and spread the word to secure a Wilder Future for us and future generations!