The colony of a minimum of 90 bats was found as part of the Hertfordshire Barbastelle Project - a research collaboration between Herts and Middlesex Bat Group and Herts and Middlesex Wildlife Trust. The project aims to learn more about the barbastelle bat which is one of the rarest bat species in the UK. The maternity colony near Stevenage is only the third to be discovered in Hertfordshire.

Tracking is done using specialist equipment to find maternity roosts. The team uses remote detectors to find a concentration of barbastelle activity and commuting routes. Nets are then set up to catch the bats which are fitted with radio tags that lead the researchers to the maternity roost where emerging bats can be counted and surveyed.

Matt Dodds is Planning & Biodiversity Manager at the Trust and one of the leads of the project. “This is a nationally important discovery – not only the existence of the population, but its sheer size is extraordinary”, he says. To put this number into perspective, Paston Great Barn Nature Reserve in Norfolk is a Special Area of Conservation (SAC), a National Nature Reserve (NNR) and a Site of Special Scientific Interest (SSSI) for its barbastelle population and is home to only 40-50 individuals.

This is a nationally important discovery – not only the existence of the population, but its sheer size is extraordinary.
Matt Dodds
Herts and Middlesex Wildlife Trust

Dr Chantal Helm is the Chair of the Herts and Middlesex Bat Group and co-leads on this project. “Thanks to our collaboration with the Trust and with the support of all the Bat Group members who contributed to the surveys, this discovery of a nationally important Barbastelle maternity colony will allow us to better understand the distribution and abundance of this rare species in Hertfordshire and help us to target monitoring and conservation efforts appropriately.”

Fergus Bowes-Lyon who owns the land the bats were found on says: "We are thrilled to discover this amazing maternity roost for barbastelle bats. This shows the benefits of the conservation approach across Easthall Farm and the woodland. We are looking forward to continuing with this work with Natural England funding. We believe that these environmental schemes, including grassland, hedges and field margins on the surrounding farmland, have made a significant role in creating a supportive habitat for these bats."

About the Hertfordshire Barbastelle Bat Project

Now in its fourth year, and having already found two maternity colonies, the project aims to find out more about the distribution of barbastelle bats in the county and to get insights into the behaviour of this rare species. These findings can then be used to work with landowners to identify suitable roost sites and hopefully find more colonies. If you believe that your land comprises the features barbastelles need – old oak trees with splits, cracks and peeling bark in ancient woodland – please make sure to get advice before doing any tree removal work.

About the barbastelle bat

The barbastelle is one of the rarest bat species in the UK with an estimate of around 5,000 specimen and this colony is only the third ever found in Hertfordshire. It is classified as a European Protected Species (Annex II) under the Conservation of Habitats and Species Regulations 2017, Near Threatened on the IUCN Red List, protected in the UK under the Wildlife and Countryside Act, 1981, and classified as a Priority Species in the UK Biodiversity Action Plan. Herts and Middlesex Wildlife Trust is committed to their conservation and has identified barbastelles as one of seven priority species in the 2016-2021 Strategic Plan.

Very little is known about this species, as – like most other bats – it is nocturnal and very secretive. The reason why they are so rare is their particular habitat requirements. They need ancient woodlands, species-rich grasslands and wetlands and roost in splits, cracks and the peeling barks of oak trees. 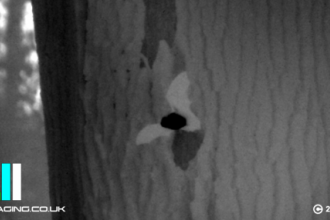 The Hertfordshire Barbastelle Bat Project, in partnership with the Herts and Middlesex Bat Group, aims to increase our knowledge of this… 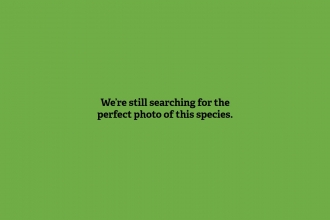 The Barbastelle is a scarce bat that lives in woodland and forages over a wide area. It has a distinctive 'pug-like'… 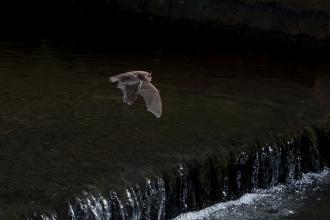 The Hertfordshire & Middlesex Bat Group further bat conservation through a variety of activities.

Keep up to date with news, events and activities from the Trust by signing up for our e-news.

Your personal details will only be used by the Trust and will not be passed on to any third party, except for the purposes of enabling them to carry out activities on the Trust’s behalf (such as sending regular correspondence etc.). Herts and Middlesex Wildlife Trust will never sell your contact details to another organisation. By submitting your information here, you are agreeing to our privacy policy which respects your right as a valued supporter of the Trust. You can change your communication preferences at any time, by contacting us on 01727 858901 or info@hmwt.org

Together, we can make Hertfordshire and Middlesex a little wilder.